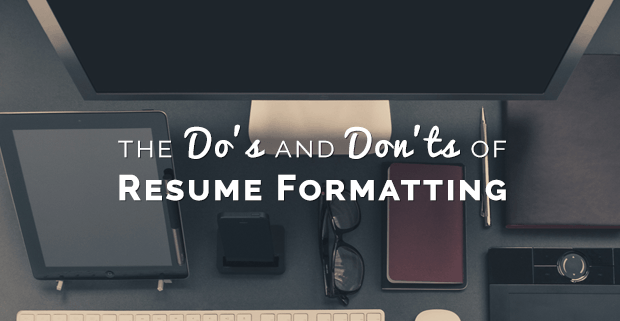 This article was originally published in BCJobs.ca

Clients often ask me how a resume should be formatted. (Note: this question doesn’t relate to resume types (e.g. chronological, functional, combination resumes), a subject which I will cover in a future blog.) The question relates to how a resume should be laid out from a visual, style and design standpoint. In other words, what design elements should a resume incorporate?

I would be lying if I said design plays no role in the creation of a resume; it does play a role, but it is a secondary one. The primary component of a resume is its content; it is the content that speaks to your background, education and skill sets. Design helps in the communication of that content. Design also helps the viewer interpret and internalize the words written on the page.

I always tell my clients not to be overly fussed with design and style, and to pay more attention to the composition of sentences, the grammar, the names and dates. That said, there are some basic style guidelines you should follow whenever creating a resume.

END_OF_DOCUMENT_TOKEN_TO_BE_REPLACED 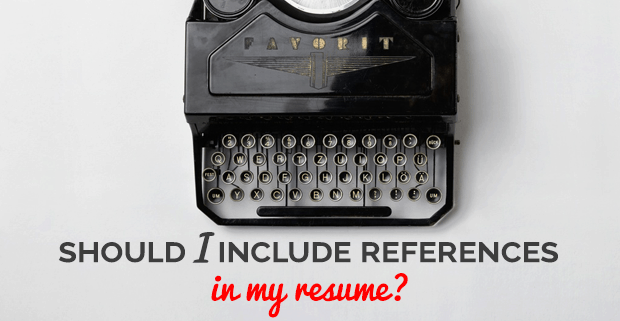 It’s Resume Month! Check back every week to see how you can increase your chances of landing a job by improving your resume and cover letter—it’s resumes, and resumes only, for this month!

If your job interview goes well and your prospective employer wants to make you a job offer, he or she will, without exceptions, ask you for references. So the question is, “should I list out the names of my references in my resume?” I tell my clients that it’s not necessary to list your referees for two reasons:

END_OF_DOCUMENT_TOKEN_TO_BE_REPLACED 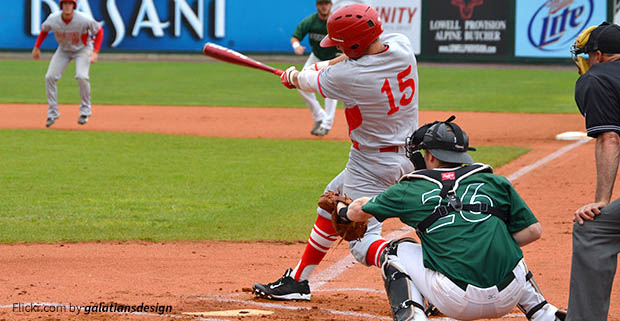 This is a question I often get from clients: the answer I like to give is that it’s optional. Some may feel that they don’t have any sports activities or hobbies worth mentioning. If you feel that putting down “generic” interests would only take up valuable space in your resume – such as going to movies, hiking, or swimming – then leave that section blank.

On the other hand, the “sports and hobbies” section is the only part of the resume that gives the employer insight about who you are, and what you do, outside of work. For example, if you’ve had a life long interest in butterflies, and have managed to turn that interest into a blog with over 50,000 followers, employers want to know about that. They want to know about things that you care about, and who you are as an individual.

If you were a member of your university ski team and led your team to national championships for two years in a row, then this is information worth putting down. Though it may have been years since you graduated, this information tells employers that you were disciplined and committed enough dedicate hours of training and personal sacrifice to achieve your goals.

If you’ve had a life long interest in butterflies, and have managed to turn that interest into a blog with over 50,000 followers, employers want to know about that.

When I worked as a recruiter, I paid special attention to a candidate’s sports achievements because I think there’s a strong correlation between a person’s athletic successes while in school, and their career successes later in life. Traits that are developed through sports – such as discipline, focus and team work – become critical in one’s working life.

END_OF_DOCUMENT_TOKEN_TO_BE_REPLACED 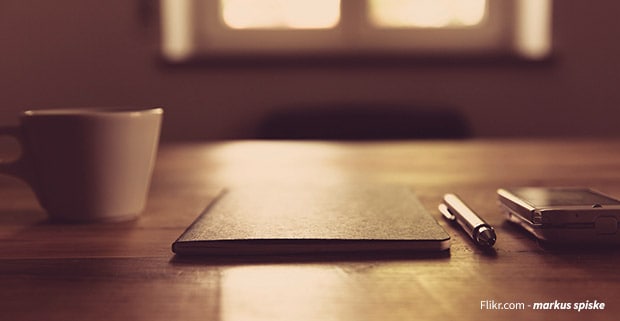 Okay, I lied, maybe not in 7 minutes. But you can still get some good pointers here on how to update your resume quickly, efficiently, and methodically, so that you can meet a deadline to apply to an exciting job opening you just saw in Freshgigs.ca.

Below is a checklist you should follow when updating your resume:

Most job applicants have a section right at the top of their resumes which succinctly describes their professional profile. It’s the first thing that employers zero-in on, and it is, in my opinion, a critical aspect of your resume because it encapsulates who you are as a job applicant, and what you offer to the employer. It’s your “calling card,” if you will.

1. Make sure you have updated your current title.

If you’ve recently had a change in job title, make sure you use your current title. You will also need to refer to your promotion: Under the resume heading of “job responsibilities,” you can state that you were promoted from one position (e.g. Sales Representative) to another (e.g. Regional Sales Manager). Indicate the date that you were promoted.

If you’ve had multiple promotions, you can set them out in this way:

2. Make sure you have updated your current job responsibilities.

If you’ve had a promotion, list out your most current job responsibilities and duties, and remove the jobs that you used to do in your former position.

3. Add in any recent training, certifications, and degrees you may have attained.

Job applicants often forget to update their training and professional development in their resume. But these things are important because they contribute to your credentials and qualifications. Even weekend and evening courses and in-house training seminars are important, especially if they cover a subject that’s relevant to the prospective employer’s business. END_OF_DOCUMENT_TOKEN_TO_BE_REPLACED 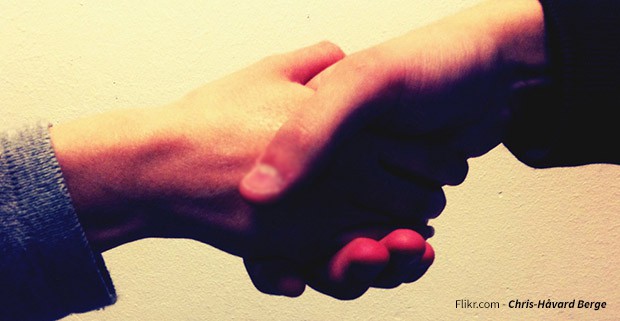 After several weeks of job interviews, and perhaps one or two pre-employment assessment tests, you finally get your job offer. The salary and benefits look acceptable. But before you accept that offer and tender your resignation, there are a few things you should know about your employer and the position you’re stepping into.

During the interview process, if you’ve been making careful observations, and you’ve been asking the right questions, then you should know the answers to all − or most of − the following:

1.     How long has this position been vacant, and how long did the previous employee fill this position? What you want to know is whether employees go through this position like a revolving door. If the last employee held this position for less than a year, and the employee before her six months, then you know there is something wrong with the role, the manager, the department, or all of the above!

don’t take the position simply because the company makes an exciting electronic device, or it’s considered a “cool place” to work at

2.    What is the career path for this position? Has the previous employee who held this spot moved on to bigger and better things? What you want to know is whether there is room to grow within the department or organization. Some companies post their job vacancies in an internal website, before looking publicly. Others make it a policy to hire internally first. These are positive signs.

3.     What are the job deliverables, and what resources do you have to complete your job duties? What you want to know is whether you can complete your job assignments within the expected time frames, without requiring you to work overtime and on weekends, on a continual basis. If the department appears to be understaffed, or under-resourced, this should give you pause.

4.     Who do you report to, and who are your stakeholders? Everyone knows that it is your boss whom you need to impress, when it comes to doing well in your performance reviews. But when you get more than one or two managers into whom you have to report, things get complicated, because not all managers have the same priorities, objectives, and time pressures. The more managers you need to report into, the more effort you’ll need to expend in balancing their competing interests. END_OF_DOCUMENT_TOKEN_TO_BE_REPLACED 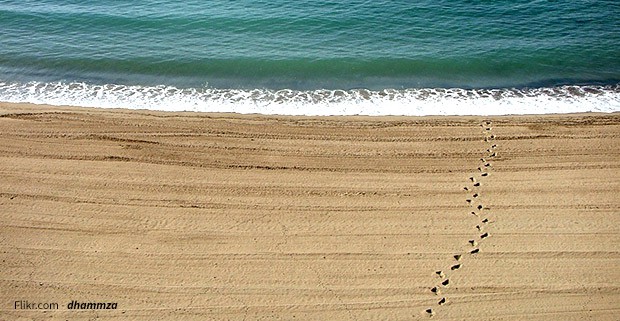 In Steve Jobs’s famous 2005 Stanford University commencement speech, the iconic tech leader tells young graduates to do what they love, that their time is limited, and that they shouldn’t waste time living someone else’s life. Jobs tells them that one should live each day as if it were his last. In final, he advises them to, “Stay hungry. Stay foolish.”

I concluded that it came down to three factors that “made or break” someone’s future job happiness: their boss, the activities they performed on a day-in and day-out basis, and the people they worked with

The speech went viral and was shared by millions. The speech was discussed and commented upon by countless newspaper reporters and columnists.

The question you’re asking yourself, as you embark in search of your dream job, is whether you should follow Jobs’s words of advice. “He was a successful entrepreneur, a powerful visionary, running one of the world’s largest tech corporations,” you’re thinking. “He must know what he’s talking about.”

The truth – as is the case with most maxims or adages − is that it’s half-right. This means it’s half-wrong, and for these reasons:

1. Follow your passion − yes, but only if have the talent, and the resolve to see your lifelong dream through. But thinking you have talent, and actually having talent, are two different things. Sad things happen when people aren’t able to differentiate the two.

2. You’re time isn’t limited. (Well, technically, it is limited because one day, you, me, everyone, will die.) But the point is, you have more time than you realize. But we all tend to waste it by browsing Facebook, watching too much TV, playing too many video games.

3. You shouldn’t live your life as if each day was your last. This leads to bad decision-making, and the sacrifice of long-term gain for short-term satisfaction. If you’re Steve Jobs, yes, you can live each day as if it was your last, because you’ve already made your billions.  But for the rest of us, we should be spending time building up our skills, learning new things, reading, improving ourselves. These things take time, because skills build up slowly over years of practice. Nothing worthwhile ever happens overnight.

4. Despite what Jobs tells you, don’t “Stay Foolish,” unless you want to get ridiculed or fired. If you’re Steve Jobs, by all means, revel in all things foolish. Who’s going to fire Steve Jobs?

So what does all this mean to you?

1. Finding work you love involves a lot of trial and error, and ­− as much as I hate to admit − luck. Jobs was lucky when he met Steve Wozniak, the engineering genius behind the first Apple computer. Jobs was, again, lucky when Microsoft in 1997 made a lifeline investment in Apple, saving the company from bankruptcy.

Let’s face it: the fate of your job rests on your boss. If you have a good boss, one who ensures you get the right training, mentors you, gives you constructive feedback, then count yourself lucky.

2. Do follow your passion, but to a limit. Here’s my adage: the more creative, the more glamorous the job, the more competitive it becomes in finding monetary success.  Space is limited for the next Lawrence Olivier (stage and film actor), Alice Munro (novelist), Walter Cronkite (television journalist). It takes talent, yes, but also luck. Think of the thousands of equally-talented authors, artists, journalists who toil in obscurity, never attaining stardom, recognition, or decent or high income. If you’re passionate about writing, music, or what-have-you, and you have the talent, don’t turn your back on it. But also remember that luck plays a role. END_OF_DOCUMENT_TOKEN_TO_BE_REPLACED