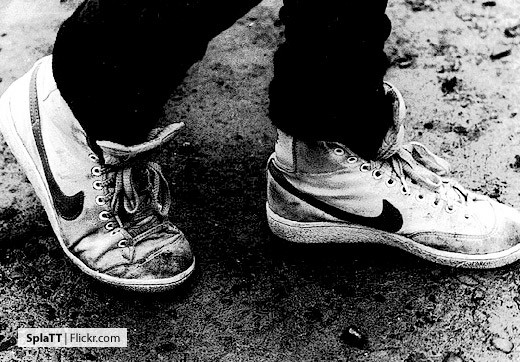 When I worked in the pharmaceutical industry, I used to be on a team that interviewed job candidates for upper management positions. One thing that struck me as I sifted through the short-listed candidates was that the fast-trackers who quickly rose to the top of the corporate ladder did so by job hopping. They moved from company to company every few years, taking on increasing responsibility with each move. It made me wonder why I was working so hard to establish myself within a company, when the key to success seemed to be to move to a different company when you were ready for the next level.

Job hopping is a hotly debated topic. Some people believe it’s the only way to get ahead, while others say that switching jobs too often signals a character flaw.

Workers today know they could be laid off at any time – after all, they saw it happen to their parents – so they plan defensively and essentially consider themselves ‘free agents.

The Evolution of Job Hopping

In an article for the Harvard Business Review, Monica Hamori, a professor of human resource management at IE Business School in Madrid, wrote, “Climbing the hierarchy used to be a reward for loyalty. But in the 1980s, as firms stripped out layers of management, promotions became fewer and farther between. To get ahead, executives started moving from company to company.”

Now job hopping is “the new normal for millennials,” according to Forbes contributor, Jeanne Meister. “Workers today know they could be laid off at any time – after all, they saw it happen to their parents – so they plan defensively and essentially consider themselves ‘free agents.’”

The phenomenon of frequently switching companies has also accompanied the shift in technology and its influence on culture. An article on the website of Michael Page, an international recruiting firm with offices in Toronto and Montreal, states:

Up to a decade ago, interviewers frowned upon a resume that betrayed you as a “job hopper”. However, this attitude has started to shift with industries such as technology, advertising and PR firms who have elevated job-hopping to a lifestyle and a necessity to keep up with industry changes. Because of this, the tables are turning in the more traditional industries as well, and the once negative image of job-hopping is now being seen as ambitious. In fact, according to one recruiter, in some industries, if you stayed at the same job for five years, you’d have some explaining to do.

Does job hopping really help you get ahead in your career?

To find out if switching employers offered a fast track to the top jobs, Hamori studied the career histories of 1,001 chief executive officers who lead the largest corporations in Europe and the U.S., and the job changes of 14,000 non-CEO executives. Contrary to the notion that you get ahead faster by switching companies (as seemed to be the case with the job candidates I interviewed), she found that the longer people stayed with a company, the faster they made it to the top.

A recent survey of 1,500 staffing recruiters, corporate recruiters, and hiring managers by Bullhorn Reach, a recruiting software company, found that job hopping damages employment prospects more than age or unemployment. According to their results, even though recruiters see a high demand for people in their 30s, “a 55-year old with a steady employment history is easier for recruiters to place in a new job than a 30-year old job hopper.”

Recruiters do not automatically reject all job hoppers.

And despite the freedom and mobility touted by start-up founders and their employees alike, entrepreneur Mark Suster adamantly warned all start-up entrepreneurs to, “Never Hire Job Hoppers. Never. They Make Terrible Employees.”

Headhunter Nick Corcodilos was equally adamant, and he raked a blogger over the coals for giving ill advice. Corcodilos wrote:

Find a place to work where you can stay put. Penelope Trunk – who tells you loyalty doesn’t matter and job hopping is good — is sticking a needle in your vein, pumping you full of happy juice, and leaving your career to die while she drives off to the bank to deposit the GoogleAds checks she collects for advertising career crack to confused GenY’s. Stay off the juice. Stay put. Establish a reputation. Then trade on it.

Can job hopping be done right?

Recruiters do not automatically reject all job hoppers.

Randy Duax, managing director at The Howard-Sloan-Koller Group, a recruiting firm specializing in entertainment, media, and advertising jobs, tells Business Insider, “If the reasons someone made a move makes sense, then it’s not that much of an issue. Better opportunity, better company, more responsibility.”

I can certainly attest to that. During the 14 years I spent in the pharmaceutical industry, my shortest stint at a company was 3 years. Yet those 3 years were the most productive of my whole career. I won an award and earned good raises in that short time span. It also happens to be the only company I left voluntarily, in order to pursue a better opportunity with more responsibility. Meanwhile, I was laid off from the other companies where I had invested more time. Go figure.

For people working in the volatile advertising industry, Ad Age contributor Tom Lehmann claims that “intelligent job hopping” can be the key to job security. He offers this advice:

The trouble with itchy feet is that you can scratch the wrong way. But if you can do as Lehmann suggests and leave the company better than you found it, then you’re more likely to have a win-win situation for both you and your past and future employer.