Discover why Toronto is the fastest growing city for tech workers and top tech companies alike. 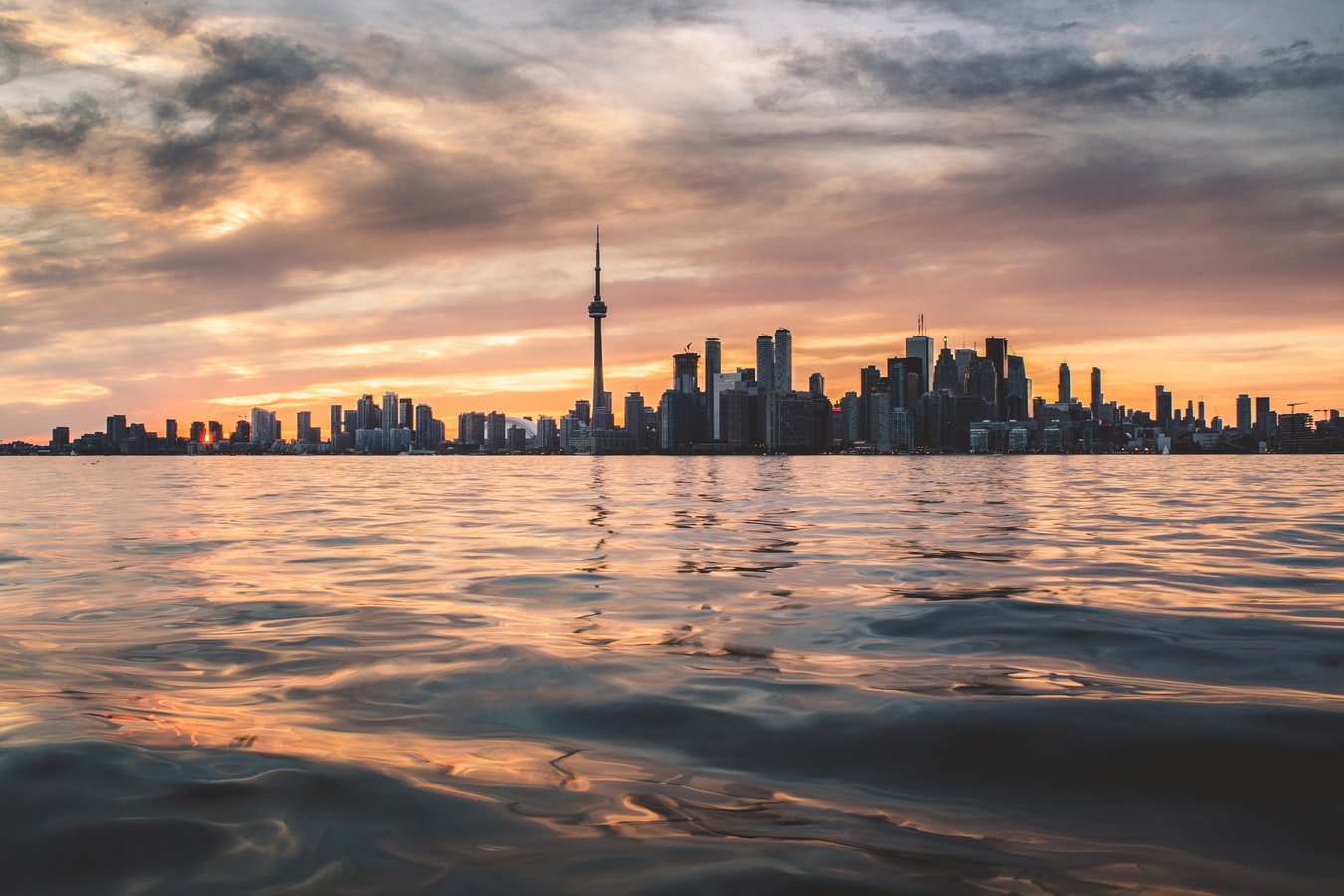 Can you find awesome tech jobs in Toronto?

Though often overshadowed by US cities like San Francisco and Seattle stealing the spotlight, Toronto has been flying under the radar and quickly becoming a top tech city for high-paying gigs.

With an overview of the top tech jobs in Toronto and their average salaries, you’ll soon find out why tech workers and technology companies alike are flocking to this beautiful city.

And then you’ll learn how to tap into the current job openings in Toronto for yourself.

But first, you may be wondering…

Why Are the Top Tech Jobs in Toronto?

When you think about finding the top tech jobs, your first thought may be to check ads in cities like San Francisco, Austin, or New York.

While these cities are still very much on the tech map, one city has been outshining the others: Toronto.

The San Francisco Bay Area, Seattle, and New York were the top three tech cities according to research from a study conducted by CBRE in 2017[*].

However, fast forward to their 2018 report, and the figures change a bit.

This allowed Washington D.C. to jump up to third place.

Where did Toronto rank?

While it’s not in the top three spots just yet, it did move from sixth to fourth position in just one year. So now Toronto is officially a top-five tech city.

And it showed much higher growth than other top cities.

While Seattle and New York City earned impressive jumps in their tech labor workforce, it’s nothing compared to what happened in Toronto. 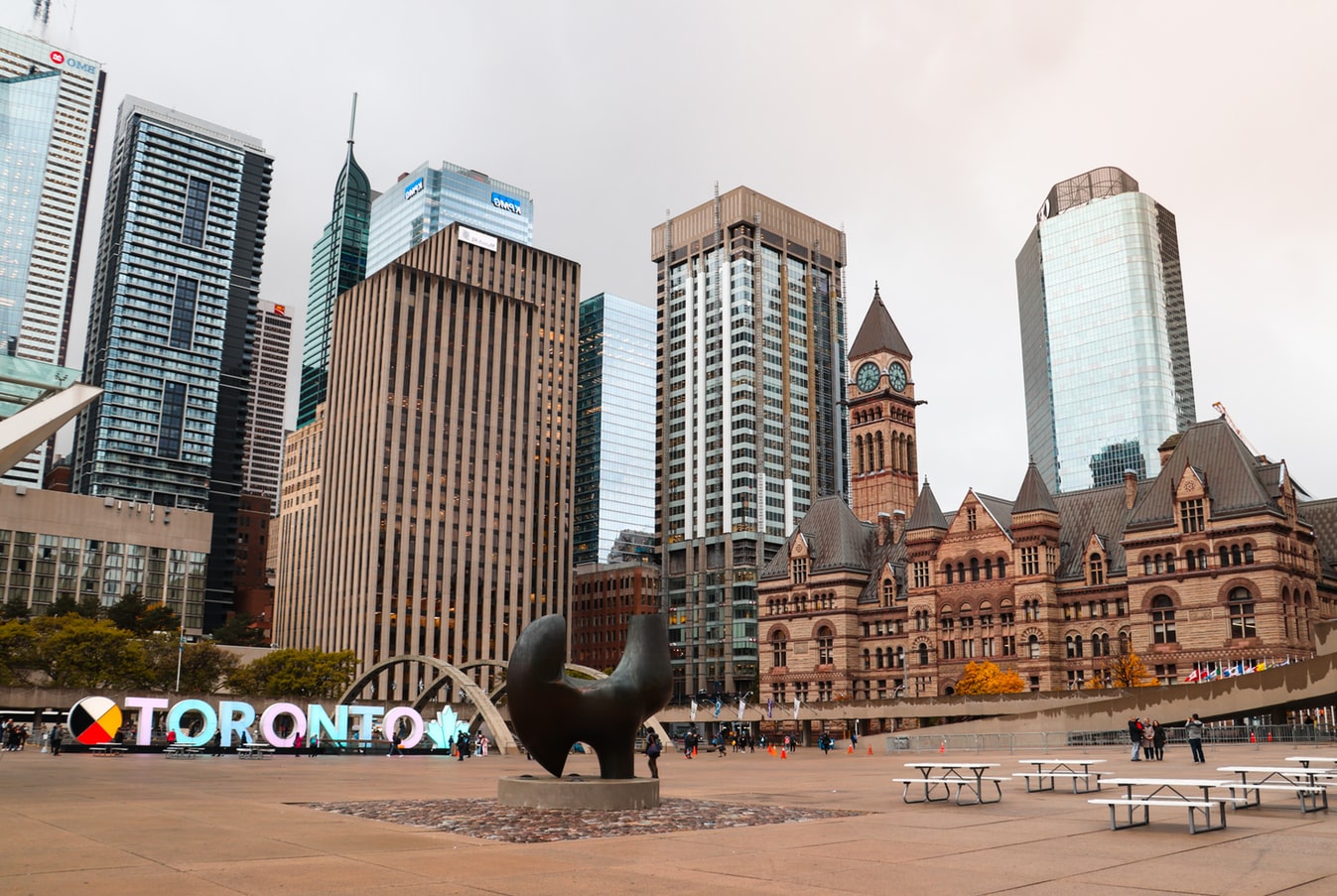 And that may all be due to more tech companies moving in.

More tech companies than ever are seeing the appeal of headquartering their operations in Toronto. And this means they’ll need talented employees like you to work there.

Besides the career opportunities, there’s one more huge reason why you may want to consider finding your next tech job in Toronto:

#3. Pay Increases are On the Rise in Toronto

Compared to other popular tech cities, workers in Toronto, Boston, and Paris earned the highest salary increases in 2019: 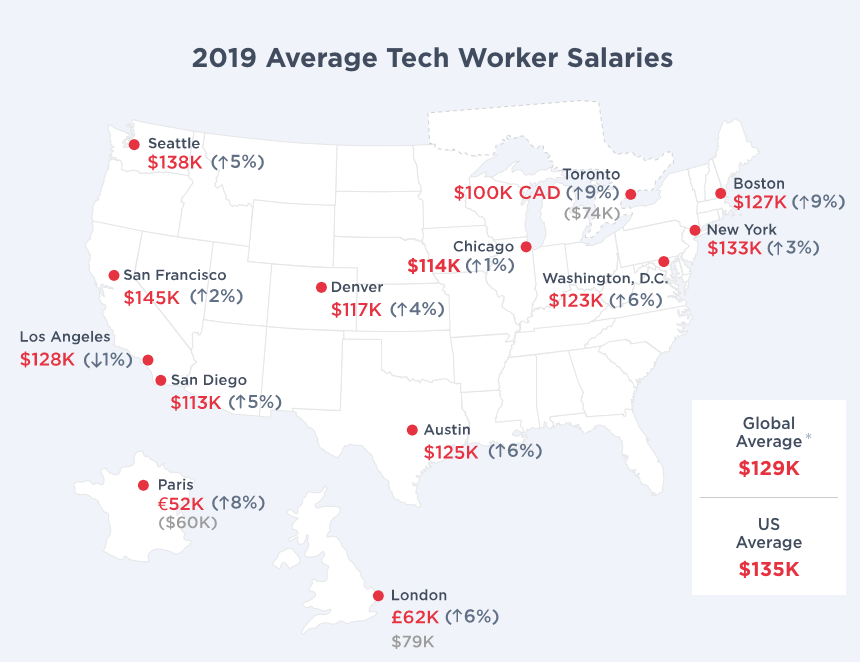 Both Toronto and Boston tied for 9% increases in salaries; Paris came in close at 8%.

But that’s not even the best part.

Since 2015, salaries for tech jobs in Toronto have been steadily climbing. They recently reached an average triple-digit earning potential: 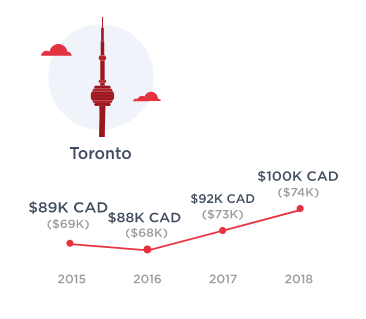 So now that you’re in the loop, you can see why skilled employees looking for the top tech jobs are headed to Toronto, right?

But what types of tech jobs can you actually find in this hub of incredible opportunities?

The Top Tech Jobs in Toronto

Check out this list of the top tech jobs in Toronto, ranked by the highest to lowest average salary:

A recent report shows natural language processing engineers earn around $112,000 per year[*]. It’s currently the top tech job in Toronto so your resume better stand out from the competition.

Machine learning engineer salaries aren’t too far off from the top. They earn about $108,000 per year[*].

Software engineers in Toronto may not make quite as much as employees in the first three tech jobs on this list. But their average salary of $85,000 per year is still attractive and competitive[*].

Technology specialists earn a bit less than software engineers and come in around $76,113 per year[*].

Mobile application developers in Toronto can average $72,000 per year. However, above-average earners can reach as high as $93,000 annually, which puts them just under the top three tech job salaries[*].

Systems administrators are in a similar position as mobile app developers. The average salary sits around $69,000 per year. But it has the potential to climb as high as $94,000 if candidates have superior experience and skills.

Software developers also experience the same type of sliding salary potential. An average earner may score an annual salary of $68,478. Over time, this figure could grow exponentially to $91,000 per year[*].

How to Find the Top Tech Jobs in Toronto

Now that you’ve read about how fire Toronto is for tech jobs, you’re probably wondering how to snag one of those lucrative positions.

So we’ve compiled a list of the top job opportunities currently open in the Toronto area.

Click that link and start browsing open positions at the best tech companies in and around the city.

Spruce up your resume, submit your application, and you’ll be one step closer to landing your next big tech opportunity and falling in love with Toronto for yourself.