Should You Go With Freelance Work or a Full-Time Job? | FreshGigs.ca 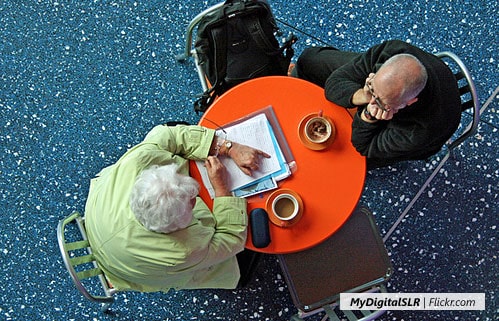 Is it better to be a full-time office employee or a freelancer? Ask third-generation ad guy Rob Showell and he’ll say he loves both.

“I have come to love this business and the people and the ideas in it,” says Showell, who is now the Program Coordinator of Langara College’s Advertising Copywriting Certificate Program in Vancouver.

In addition to flexibility, Showell says another advantage to freelancing was being free of the office politics.

The new Copywriting program is the latest addition to Langara’s creative industry training grounds, which already boasts an impressive Communication Arts program that Rethink ad agency has been providing scholarships for during the last four years.

Ad agencies with offices in the west coast used to advise would-be copywriters to go to Toronto for training because Humber College was previously the only school in Canada offering an Advertising Copywriting program. Now with agency leaders like Chris Staples (Rethink), Alvin Wasserman (Wasserman + Partners Advertising), and Alan Russell (formerly with DDB, Palmer Jarvis, Grey Canada and BBDO) on the advisory council of Langara’s Copywriting program, up-and-coming copywriting creatives in Canada can choose where to train.

Prior to becoming the coordinator of Langara’s Advertising Copywriting Certificate Program, Showell worked for local and national ad agencies, partnered in a boutique creative shop and freelanced as a copywriter for hire for over 30 years. He has a Bessie, a New York Art Directors Award and a Lotus Best of Show Award among his credits.

“There’s no way I would have had the longevity of a career that I have if I hadn’t spent those first 12 years in agencies, moving every few years, working on better stuff all the time, with bigger budgets,” says Showell, highlighting the importance of strategy when navigating a creative career.

Though he came from an ad family, Showell says, “Nothing crystallizes the understanding of how the agency structure works better than working in one.”

Growing up, family dinner conversations in the Showell household revolved around good and bad advertising, and Sundays were spent at his father’s office. However, even though his grandfather was an art director and fine arts professor in Montreal, and his father was a copywriter/creative director/broadcaster in Toronto, his family connections hindered his start in the ad industry.

“Nepotism didn’t work for me,” laughs Showell, recalling his early days of job hunting after finishing a Bachelor’s degree in Communications and Sociology at York University in Toronto.

Still, unless a freelancer has built a good reputation or has a premium skill, freelancers are often brought into agencies to off-load the work no one else wants to do.

To get away from his father’s shadow, Rob Showell headed west to Vancouver. In Vancouver, it was his deep knowledge of the business that landed him a job as a copywriter.

“When I arrived in Vancouver, I only had a wardrobe that would classify me as a creative. If I had a suit and tie, I might have applied to be an account associate.”

Working full-time as a copywriter in several ad agencies allowed Showell to build his portfolio and his network of connections. In addition, working on varied ad campaigns with progressively bigger budgets led to award-winning work.

“I wouldn’t have won those awards if I hadn’t come up through the agency system.”

The year Showell won several awards was the year he decided to go solo.

“Stepping off into freelance at that point was really easy,” says Showell, who was seeking more flexibility at that stage of his career.

“I was an associate creative director, so I was overseeing other peoples work. The hours got longer and longer, the weekends get shorter and shorter. I left when my son was 6 and my daughter was 4, [so that I could] coach my son’s t-ball team.”

In addition to flexibility, Showell says another advantage to freelancing was being free of the office politics.

“In an agency, it’s very competitive. You get media buyers who don’t understand creative people and vice versa,” says Showell, “And I’ve never been very good at or very interested in office politics.”

“If you’re a freelancer, you’re a hired gun. Going in there, ‘I don’t care [about the office politics], just give me the brief and let’s get to work.’ My job is to supply ideas and answers to problems. When the job’s over, it’s over. It’s much cleaner.”

He adds, “You just have to try and remember to get a piece for your portfolio.”

Despite the advantages in setting up a solo shop, freelancers are often brought into agencies to off-load the work no one else wants to do.

In addition, Showell says, “You feel like an outsider as a freelancer, like you’re not part of the club.”

While freelancing has increased during the last two decades, professionals like Rob Showell have returned to full-time work after freelancing.

This may explain why, after freelancing, and then running a boutique agency with his brother and a friend, Showell returned to agency work before moving on to become the program coordinator for Langara’s Advertising Copywriting Certificate program.

Whether you’re thinking of making the switch from full-time to freelance, or vice versa in the new year, we’ve compiled a few additional resources to help you consider the route that fits you best!

Freelancing has become a trendy mainstream career option over the last 20 years, and while Rob Showell has enjoyed both full-time and freelance work, many freelancers will say it’s not all roses and candy, as evident in this humourous exchange between Vancouver copywriter by Carey Sessoms and cartoonist Matthew Inman.

In addition, a recent study shows that people who work from home put in more hours than those who work in an office.

While freelancing has increased during the last two decades, professionals like Rob Showell have returned to full-time work after freelancing.

This article on Freelance Switch walks through the question, “Should I continue freelancing or find a full-time job?”

Of course, if you’ve only known full-time work, perhaps you’ve dreamed about taking the plunge into freelancing. This article on the website Brandscaping walks through 10 steps you can take to becoming a freelancer.

Is it better to be a full-time office employee or a freelancer? While you’re researching, networking, and increasing your skill set for your next career move, be honest with yourself when you answer the question, because the answer will revolve around which route is better for you.