How to Work From Home and Get Your Boss to Say OK | FreshGigs.ca 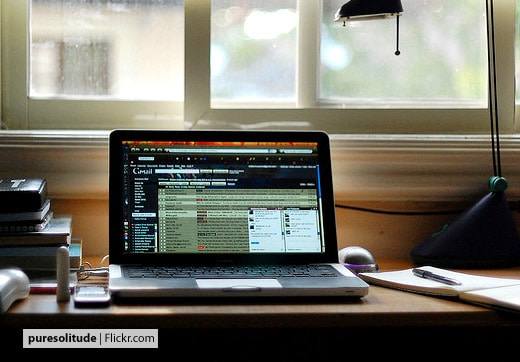 You might be afraid to ask your employer if you could telecommute, especially after Yahoo CEO Marissa Mayer announced in February 2013 a ban on telecommuting in an effort to make Yahoo more cohesive.

In a memo to employees, obtained by CNN, Mayer states:

“To become the absolute best place to work, communication and collaboration will be important, so we need to be working side-by-side. That is why it is critical that we are all present in our offices.“

Since Mayer’s announcement, the issue of telecommuting has been debated on both sides of the coin with every major news outlet having a say. (For example, see The Atlantic, NBC, Forbes, Inc., the New Yorker, the New York Times, and the Globe and Mail.)

Is telecommuting dead? Or can you still make the business case for working from home?

A Short History of Telecommuting

The word “telecommuting” was coined by Jack Nilles in the early 1970s, after the Arab oil embargo and energy crisis forced American commuters to find alternative means to conduct business without the expense of daily commutes.

“Individuals involved in the information economy began to develop ways to remotely commute and a new work-style resulted,” reported Nilles.

According to Kurt Reymers, from the University of Buffalo, the popularity of telecommuting grew in the 1980s, especially among professional, technical, and managerial employees. After the Clean Air Act of 1990 was passed in the U.S., many companies created formal telecommuting policies to comply with the mandate.

Now, here in Canada, “We’ve already passed a tipping point in the death of the 9-to-5 office,” Sara Mann, associate professor of organizational behaviour at the University of Guelph, told the Globe and Mail.

The Globe and Mail reports that:

Just 43 per cent of employed Canadians have a standard five-day work schedule every week. About 36 per cent can set their own flexible routines, another 29 per cent can vary the days or weeks that they work, 7 per cent work four days a week or less and about 5 per cent work more than five days a week.

The easiest way to ease into a regular telecommuting arrangement is to start with a trial run with a review of your work after you have completed the trial.

Building a Business Case to Work from Home

As marketing creatives, you already know it’s never about you and your needs, but about the needs and wants of your audience. And your audience, i.e., your employer, wants to know that the company’s bottom line won’t be hurt by allowing you to telecommute.

Take the Yahoo example out of the picture.

Chose the benefit that resonates most with your boss and your company culture.

For example, if your company values environmental protection, and you don’t live in walking or biking distance of work, then telecommuting becomes the green alternative because of the decrease in fossil fuels burned by your car or the buses you would normally take to get to work.

Or, if your company values the work you produce, which can best be served by long hours of intense concentration, again telecommuting becomes a productivity booster because you won’t be interrupted by office distractions.

Perhaps your employer needs proof that you can produce outside of the office.

The easiest way to ease into a regular telecommuting arrangement is to start with a trial run with a review of your work after you have completed the trial.

This allows your boss to feel confident that you can be trusted to do work from home, and it will give you the opportunity to prove to yourself that working from home is a good fit for you, especially if you’ve never worked from home before.

Determine if resistance to telecommuting is a productivity or an innovation issue.

If you’re still having trouble convincing your boss, ask what the sticking point is. Maybe your boss trusts you to be productive, but is worried about innovation.  If your job revolves around constant idea generation, the boss might wonder if the lack of stimulating conversation with coworkers will result in stale ideas when you work from home.

Your employer might have a point. As James Surowiecki writes in the New Yorker, “Telecommuting makes it harder for people to have the kinds of informal interaction that are crucial to the way knowledge moves through an organization.”

In this case, think about how your work is structured. Are there days of the week that seem slow vs. days when people are more likely to have informal interactions with each other? Are there routine tasks in your job that can be lumped into a day or two of telecommuting per week, so that your most creative work is done at the office where you can bounce ideas around with others?

If innovation and creativity are the most important values in your company, then it will take some creativity on your part to discern when it would make sense to work from home.