How To Ask For A Raise, And How Not To | FreshGigs.ca 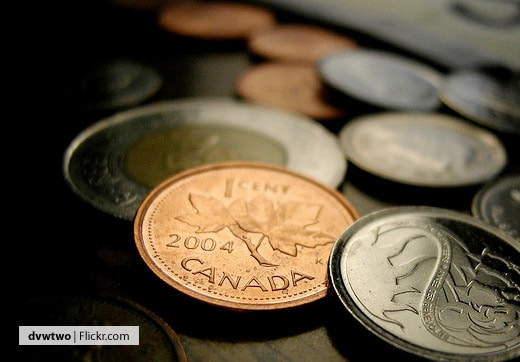 Asking for a raise is one of the most important and necessary skills an employee can have (especially one early in their career). And yet despite the importance of acquiring this skill, it remains an elusive, terrifying mountain to conquer.

Many of us know what we should do in order to increase the odds that we get a raise. Yet knowing what to do and actually following through are two very different things.

If you’re trying to be average then by all means go ahead and group yourself with everyone else.

If you’re going to take action after reading this article, make sure you do the opposite of what I describe. Here’s how not to ask for a raise.

Whether you’re still on probation or 6 months into a new job, it’s never too early to ask for a raise. The most important thing (really, the only thing that matters) is that you’re well compensated.

Companies look favorably upon employees that ask for raises early and often. Stand out from your coworkers that ask only once per year and make it a priority to increase your pay. After all, what else matters?

2. Ask your manager out of the blue.

One of the best tactics to get a raise is to surprise your manager with the request. If you book a meeting with them and tell them the purpose, they’ll have time to prepare their strategy to deny your raise request.

Surprising them puts them on the defensive and you on the attack. As long as you present a strong enough personality they’ll be compelled to give you what you’re asking for.

Plus, demonstrating how you can attack with strong negotiation skills will show management that you’re a rising star in the company. Just make sure your manager is as unprepared as possible for the negotiation, and your chances of getting a raise will go up dramatically.

What everyone else in your position gets paid is irrelevant. If you’re trying to be average then by all means go ahead and group yourself with everyone else. Management counts on this type of data in order to deny raise requests.

If you go in with confidence and a clear disregard for market rates, however, your chances for a raise will definitely go up.

Detailing your accomplishments and calculating your ROI to the company is thought to be a great strategy to increase the odds of getting a raise. However, when data is available, it gives management the opportunity to disregard and downplay your impact to the company.

Like I’ve outlined above, getting a raise is all about being aggressive and catching your manager when they’re not ready. Bringing numbers into the equation will put management on the offensive and will force you to play defense.

All you have to do to win a negotiation is to bring passion and aggressiveness to the table.

5. Forget about negotiation tactics. Management knows them all.

Learning about negotiation before asking for a raise is a well-known strategy. After all, if you know the tactics, you’ll do better. Right?

Remember that management knows these tactics as well. And the general rule of thumb is if two identical strategies are played against each other, the winner will emerge only by chance.

All you have to do to win a negotiation is to bring passion and aggressiveness to the table. Think of it like this – try to overwhelm your unsuspecting manager when asking for a raise. Bring you’re A game to the table. And don’t leave their office without getting what you want.

6. Don’t ask for endorsements from coworkers.

Many negotiation strategies involve asking coworkers for letters of recommendation. The theory goes like this – if you have others endorse your work and how you have helped them succeed, management will be more likely to see your worth to the organization.

Forget about it. An endorsement from a coworker is an element out of your control. Anything they write can be ripped apart and analyzed until the original meaning is lost. Plus, it allows management to take a step back and think about your request.

Remember, it’s all about the “shock and awe” approach. Bring in the big guns.

Shock and awe doesn’t always have to be in person. Recognize your own limitations. If you’re someone who’s naturally shy or gets intimidated easily it may not be the best idea to have an in-person discussion with your manager.

Don’t forget that email can be intimidating as well. Make heavy use of capital letters to get your point across. If you decide to go with the email approach, make sure your email can’t be lost in their inbox. I highly recommend using capital letters in the subject line to ensure that it stands out.

8. Last but not least – don’t forget that you’re entitled to a raise

Simply showing up to work and clocking in for 8 hours per day entitles you to a raise. You don’t have to be a star performer before asking for more money. Think about turnover rates – it’s more expensive for the employer to hire someone new than to give you a raise whenever you ask for it.

It’s not about workplace performance. It’s about intimidation.

Did the above look ridiculous? Good. And yet despite this, have you found yourself doing any of these?

Asking for a raise is no easy task, but there’s no excuse for following any of the above principles. Apply the opposite of the above points and you’ll find yourself in a much stronger position to earn a raise.

There were many sources that I researched for this article. As I took their advice and wrote exactly the opposite, I didn’t want to attribute them directly in the body of the article.

For some great advice, please see the following links:

12 smart ways to ask for a raise

How to ask for a raise during tough times

How to ask for a pay raise

Asking for a raise: some do’s and don’ts

How to ask for a raise

How to win friends and influence people

Write your terrifying/successful/unexpected story about asking for a raise below. What surprised you? Were you prepared? Anything else that you’ve proven effective?