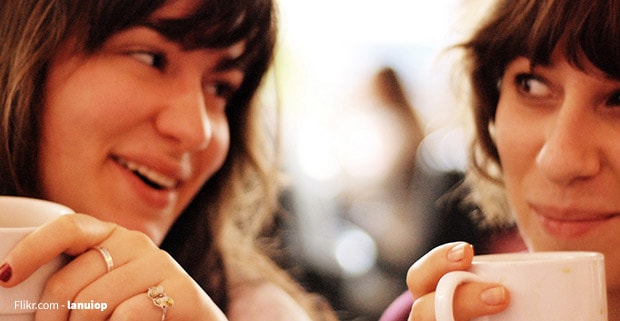 Between Twitter and text messaging, the emphasis placed on strong communication skills has taken a hit over the past few years. But this doesn’t mean you can carry over the same relaxed approach in professional settings. In face-to-face situations, nothing can make you stand out more than the way you effectively communicate with those around you.

Great communicators ask questions, explore other’s ideas, and make an effort to understand all sides of an issue.

(Unless, of course, you’re Gregg Popovich.)

Don’t let your message get lost in a wave of “uh’s” and “umm’s”. Let’s take a closer look at a few points outlined in 5 Habits of Effective Communicators that will make you a killer communicator in no time.

“Good communicators stay rooted in facts,” states article author Leo McLeod. Adding pieces to the conversation that aren’t based in reality only compound the existing difficulties with communicating effectively.

Instead of telling people that, “she has it out for me,” get to the root of the problem and refrain from adding the unnecessary colour commentary in your conversations. By sticking with the facts, you can also help separate the terrific ideas from the terrible.

Conversations may become diluted as each person talks, but neither takes the time to really listen. You can build better dialogue by leveraging moments of silence – absorbing and thinking through what’s being said before responding.

Allowing for moments of silence also helps the speaker organize their thoughts without feeling rushed, and shows them that you value their ideas and conversation.

3. Actively Engage the Other Point of View

To become a great communicator, you need to understand that people come from different walks of life, and their experiences have shaped their point of view. In some cases, these experiences and indicators may not be physical (e.g. beliefs, assumptions, and cultural influences), making the barrier to effective communication even more difficult.

By taking the time to understand where the other person is coming from, you can communicate in a way that enhances your message and ability to be heard.

Position defending is constantly repeating your side of the story in a conversation – defending your position rather than openly communicating. Great communicators ask questions, explore other’s ideas, and make an effort to understand all sides of an issue.

“Seek first to understand, then to be understood,” outlines Stephen Covey, author of The 7 Habits of Highly Effective People. If you want people to understand your point of view, you need to make the same effort in understanding others.

The word “but” is generally used as an introduction to an objection. The person you’re speaking to will only remember the objection you have – which generally invalidates what they were talking about.

It’s for this reason why you should stop saying “but” and start saying “and”.

In Tina Fey’s book Bossypants, she outlines that one of the golden rules of improve is to always say, “yes, and…” to your partner. It shows that you keep an open mind to an idea, respect what your partner has to say, and lets you contribute to the conversation instead of continually cutting things short.

Hopping on the path to becoming a great communicator is easy. Try implementing a few of these tips at your office over the next few weeks and see how effective communication can lead to stronger ideas and better relationships.