Will Speaking French Help Me Land a Job? | FreshGigs.ca 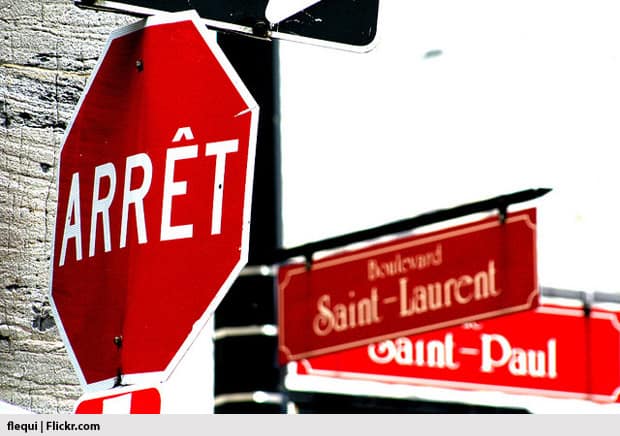 When applying for a job, it should come as no surprise that an abundance of skills is never a bad thing.

That being said, certain skills are greater assets than others, and in an economy where time spent developing these skills costs money, it’s important to know which ones are worth investing your time and money in, and which ones can be left on the shelf.

One of those skills that those applying for jobs may consider, is being bilingual. After all, Canada is a bilingual country.

The question though is, do applicants who are fluent in both English and French have an easier time finding employment? And as an extension, once they become employees, will they earn more money?

Before we answer these questions, we must first look at what it takes to be considered bilingual by an employer.

The promise of being able to find a job, as well as earn a higher salary is compelling, but what exactly does it take to be considered a bilingual applicant.

Marijke Kanters of Nova Consulting says that the companies she works for have “pretty high standards.” If it is clear that an applicant isn’t native to the language, a French skills test is put in place to rate the applicants ability. The scale ranks 0 to 10. Marijke explains, “Usually 8 out of 10 is fine. But some companies do want native French speakers.”

What bilingual jobs are available?

A quick search on multiple job websites will show that there is an abundance of bilingual jobs available amongst many different industries. As of October, the number of “bilingual” labeled jobs reached 4,557. That’s a pretty big number of opportunities throughout Canada.

Furthermore, a paper titled “Bilingualism in the Canadian Labour Market” lists the hundreds of employers within Canada that specifically look for bilingual employees. Some notable employers are: Air Canada, BBM Bureau of Measurement, Hewlett-Packard, IBM Canada, Mitsubishi, Unilever, and many more.

The bottom line is that the opportunities do exist. Keep in mind, employers may also hire you based on your bilingualism, even if you’re not applying for a bilingual specific job.

How much can you make from being a bilingual employee?

Now that we’ve established that there is a market for bilingual job seekers, aside from the fact that you will look more desirable to potential employers, the question still remains whether or not there are financial benefits of being bilingual. And why wouldn’t there be. You potentially speak twice as many languages fluently as your fellow co-workers.

According to Canadian Census taken in 2001, “those possessing knowledge of English and French [had a] higher income.” The Census continues by saying that out of all the provinces and territories, those in Ontario saw up to a potential 10% income increase compared to those who weren’t bilingual.

It would appear though that there exists a contradiction to this statistic. In the previously mentioned paper “Bilingualism in the Canadian Labour Market,” when employers in the following industries (construction, auto manufacturing, banking and finance, pharmaceuticals, and retail trade) were asked whether or not bilingual staff members were paid more, or whether bilingual staff received bonuses, the answer for all the industries was a surprising “No.”

It would seem then that there is a slight case of mixed messaging between what employers are saying, and what the Census says. It should also be noted, that the paper was published in 2002. One year following the Census.

So will being bilingual help me get a job?

Based on the findings, it seems that if an employer considers you bilingual, the odds do increase as far as acquiring a job. Whether it be in a bilingual classified job or not, employers want to have someone on their team that can help them navigate as much of the market as possible, and having someone on the team that can speak another language, can offer that advantage.

When it comes to earnings though, it seems that there is no guarantee whether or not you will in fact earn more on account of your bilingualism. Weighing out the pros and cons though, it is never a bad thing to posses as many unique qualities as possible, and being bilingual, even in Canada, is one of those qualities.