Will Social Media Help You Get Hired? | FreshGigs.ca 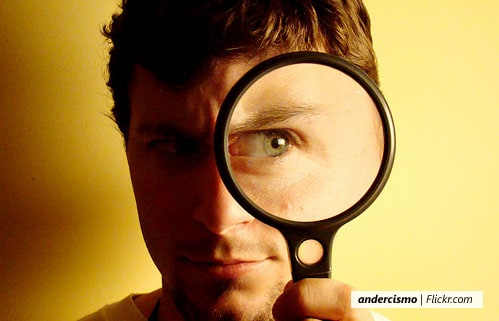 Akin to online dating sites and their impact on relationships, social media is becoming an increasingly viable option for job seekers looking to get hired. Ten years ago ‘social media’ was a barely recognizable term.  Today, social media networks are visited by 2/3 of the global internet population, growing at a rate of 3x the rate of the internet itself, and is now more popular than email.

What is social media?

But first, some clarity.  Social media is an ambiguous term.  Definitions of social media are as broad as the networks themselves.  For the purposes of this article, however, social media will generally mean the big three social networks – Facebook, Twitter, and LinkedIn.

The job seeker has become very social in recent years.  From newspaper classifieds to internet job boards and now to social media networks, the workforce has largely moved their job hunt online.

Don’t be that stereotypical job seeker that blasts out 100 cookie-cutter resumes and then lamenting on your less than stellar results.

Clearly use of all three networks is becoming more mainstream every day.  The job seeker, however, spends most of their time on Facebook, with Twitter and LinkedIn trailing behind.  Internet job boards still remain a strong area of focus for job seekers – and rightly so, as the effectiveness of, and sheer volume of jobs posted on internet job boards make them very attractive.

Companies, not surprisingly, are also rapidly adopting social media to fill their hiring needs.  A 2012 study of 1000 recruiters and HR professionals across the globe found that, quite simply, companies are strongly benefitting from social media for their recruiting needs.

Where Is the Water Cooler?  Social Media Or The Internet Job Board?

While job seekers tend to have a bias towards Facebook, recruiters find themselves congregating on LinkedIn. Dwarfing all social networks, however, are internet job boards.

As a Job Seeker, Does Social Media Really Work?

The answer may surprise you.  Yes, recruiters are jumping on the social media bandwagon and have experienced strong gains in the quality of candidates.  Yes, job seekers are more than ever creating profiles and solidifying their social footprint.  But the fact remains that social media is not at the top of the hiring food chain.

The point is, social media is important.  But the way you go about your job search, your inputs, in a sense, are much more important than the megaphone you decide to use.

Though technology has changed, and certainly will continue to change, getting a job still involves the same challenges.  There are endless resources available on how to improve your resume, what to wear on an interview, and how to perfect the elevator pitch.

Social media, as a platform, is not the most effective way to find a job.  It’s when social media is leveraged in an intelligent way that the power of the platform lends itself kindly to job seekers and recruiters alike.

Despite all the new tools available, referrals remain just one percentage point behind internet job boards in numbers of successful new hires for companies.

The highest rated candidates also come from referrals, with 52% of surveyed companies reporting referrals as their best source of new hires.  Having a contact within the company you target, or simply known to the target, will net a job seeker results of approximately 5 times that of a job seeker simply sending out an unsolicited resume.

Forget the Statistics and Take Charge

Of course, these statistics are meaningless in many ways.  Factors from demographics to industry to geography will influence the results.  But the moral of the story remains – social media is here to stay.  The raw amount of social media use by both companies and job seekers is increasing every year.

As a job seeker, you simply must have a social media presence.  Own your domain.  Clean up your profiles.  Strengthen your personal brand.  For a basic article on the importance of having a ‘clean’ social profile, take a look at this Forbes article.

The point is, social media is important.  But the way you go about your job search, your inputs, in a sense, are much more important than the megaphone you decide to use.

Be persistent.  Find a mutual contact.  Knock on their door.  Be more persistent.  Don’t be that stereotypical job seeker that blasts out 100 cookie-cutter resumes and then lamenting on your less than stellar results.

The social platform is here, and it can be very effective.  But don’t forget that the platform won’t do the work for you.  The recruiter won’t knock on your proverbial electronic inbox and offer you a job.  The onus is on you.

Realize that this is empowering.  And when you really think about it, would you want it any other way?