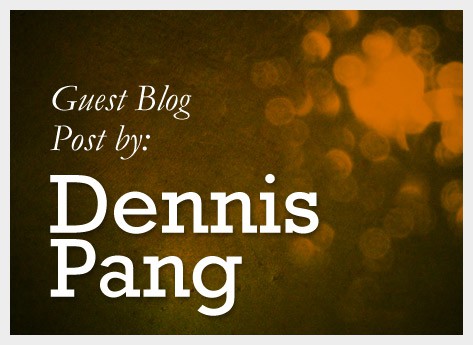 A different business owner asks me this question almost every day. The answer depends on how you’re using social media. You might think your $6 sandwich and soup daily special is a big deal. But if you’re tweeting about this special expecting it to create a lineup out your door within a few hours, then you’ve probably missed the boat on social media. Nobody cares.

Let me paint you a picture. It’s a random Monday night and you’re browsing Twitter and you see that your friend Joe is eating out at @XYZRestaurant. You’ve never been there, but you’re always on the hunt for great places to eat. Half an hour later, you see another tweet from Joe, and it’s a picture of his delicious pulled pork poutine. You love poutine and pulled pork, but you’ve never had them together. Meanwhile, your now cold microwaveable dinner doesn’t look so good anymore. That night, you decide to check out @XYZRestaurant’s Twitter feed. You see they thanked Joe for stopping by, and also retweeted Joe’s picture. You also see that they have Caesars on special on Sundays. You love Caesars, and now you can’t wait for the weekend. They seem to also be involved in numerous conversations with other people now, also commenting on Joe’s poutine. You think to yourself, this place is on the ball. They’re providing great service online, and you’re hoping it translates offline as well. Although it might not happen today or this week, you’ve already made a mental note to check them out the next time you’re in their neighbourhood. Wait a second, did you just get marketed to? No.

The Research and Numbers

As an avid “foodie”, I love going out to try new restaurants, especially those recommended to me by my friends. Gone are the days of “Honey? Where’s the Yellow Pages? Do you feel like Chinese food today?” According to a Nielsen global survey, only 14% of consumers trust advertising, whereas 87% of consumers trust recommendations made by others. This should come as no surprise. These days, more than four out of five people search for and read customer reviews about restaurants before making their decision on where to eat. Much of this chatter takes place on review sites like Yelp and Urbanspoon, but also on social media networks like Twitter. Before I go any further, yes, I’m like Joe, I tweet pictures of my food. If that annoys you, do yourself a favour and just unfollow me. Have I ever been influenced to try a restaurant based on someone else’s tweet of their delicious meal? Absolutely. For me, this happens all the time. And I personally know of many other people that are the same way. Like it or not, this is how decisions are made nowadays. If you’re a restaurant, it’s boils down to the quality of your food and service that determines how successful you are. Social media is simply the megaphone that allows people to tell the world just how good or bad you are.

We recently put on a media event for one of our clients. We invited about a hundred people, all active Twitter members. The crowd was a combination of lifestyles and food bloggers, journalists, and local power Twitter users. Many people in attendance had never even heard of the restaurant despite it being open for well over a year. Most people were just happy to have been invited for a night of good food and company. Not only did the event hashtag trend nationally on Twitter that evening, they also received so many blog reviews and posts from the event that the restaurant soon ended up on the front page of Urbanspoon as one of the most blogged and talked about restaurants in Vancouver. We also ran a Facebook campaign, giving away over 500 gift cards to all those who ‘liked’ their page. Over a quarter of these gift cards were redeemed within one month. As a result of these two campaigns, the restaurant’s profits have increased by over 30% from where they were last year. And it all happened in less than two months.

My point is, stop trying to quantify ROI of social media. Entrepreneur and author Gary Vaynerchuk said it best, “Asking about the ROI of social media is like asking about the ROI of your email.” You can tie in ROI to specific social media campaigns that you’re running, but when it comes to the daily community management, it’s difficult to attach a dollar amount to it because building relationships and trust doesn’t happen overnight.

Instead of using the term “social media marketing”, we should really just call it “social media communications”. Although you can use social media for marketing, you should really be using it as a communications tool. It is a tool that allows you to connect and interact with your existing customers and reach potential new customers. You can use it to listen to your customers, to find out what they like and don’t like. As a result, you can improve your products and get more people raving about it. This will allow you to stay competitive for much longer. But beyond that, you’re using social media to create conscious and subconscious brand awareness. If you can understand that, then you’re already more than halfway there. 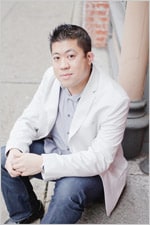 Dennis Pang is the CEO of Popcorn and Motive8 Media. Popcorn is a boutique social media and PR firm that works specifically with restaurants. Motive8 Media is a web development and Internet Marketing agency that services SMB’s across all industries. Dennis has an diploma in Web development and a business degree, and brings with him over a decade of experience in Internet Marketing.