What You Need to Know Before Dating a Coworker | FreshGigs.ca 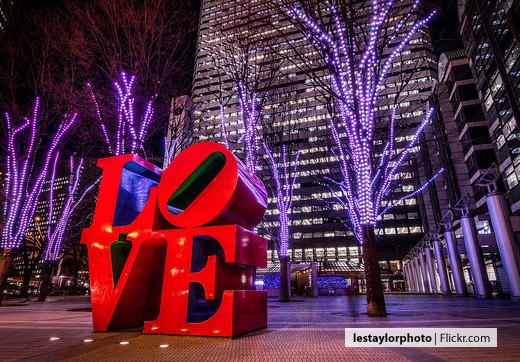 Considering how much time we spend in the office, it’s no wonder occasional hook-ups or office romances take place. Especially at the end of the night, after those rare open-bar agency theme parties.

Hooking-up, getting it on, grown-up serious relationships, going steady, booty calls: whatever you call it, whatever you’re having – it’s becoming more and more prevalent, and in some circles, accepted in the workplace.

What if you have to attend the same meeting? Ride the elevator together? End up microwaving your Lean Cuisines at the same time in the lunchroom?

Did you know Michelle and Barak Obama met on the job? Back in 1989, he was a summer associate at a law firm and she was his supervisor.

Office Romance by the Numbers

Vault.com did a survey in 2011 on people’s perspective of office romance, and the results were quite interesting.

In our own FreshGigs.ca job survey, 20% of respondents said they had dated someone at work and 29% said they would.

When asked what makes an office romance unacceptable, respondents said it would not be cool if the relationship were between a superior and subordinate (um, Mrs. Obama.), if the two parties were in the same department, or if they are working on projects together.

This research paper by Columbus State student Michelle Baron revealed that those who engage in office romance really don’t feel the need to keep it a secret. Which is good because as many as 31% of office hook-ups end up with a walk down the isle. (Mazal tov!)

Nor do I want to hear ABOUT my coworkers making out on top of the photocopier.

Kendra has met her last two significant others at the office.  The first was while she was working at eBay. “Since eBay was a seriously corporate environment, when we made it official we told our bosses. We weren’t on different levels in terms of superiority so it wasn’t too big a deal but we wanted to make sure we weren’t breaking any rules.”

I asked Kendra about some of the downfalls of dating a coworker. “Unfortunately” she said, “in this case, one of the few things we had in common was work so we ended up talking about that a lot. I think that’s a really easy trap to fall into when you meet someone at the office. You have to make sure you’ve got other shit to talk about or do together.”

Each company will have their own sets of rules and guidelines when it comes to getting it on with your co-workers. Some companies go as far as making their employees sign what are called “love contracts”.

“A love contract policy establishes workplace guidelines for dating or romantically involved coworkers. The love contract is a required document signed by the two employees in a consensual dating relationship that declares that the relationship is by consent. Additionally, organizations may include guidelines on behavior appropriate at work for the dating couple.”

If you’re involved in an office romance, do check your company’s policy about those sorts of things. Tell your boss if need be, but try to be a little discreet. Maybe refrain from grabbing each other’s butts as you pass in the hallway, or French kissing congratulations on landing the new client. No one needs to see that.

Be prepared for some fall-out when your office romance comes to an end. Love contracts, and announcing your relationship to your superiors is one way to help the company avoid any possible issues with claims of sexual harassment. But it doesn’t always work that way.

Toronto employment lawyer Daniel A. Lublin wrote a special article for The Globe & Mail last year exposing a variety of sexual harassment claims in the workplace. Some were resulting from what initiated as consensual sexual relationships.

Mr. Lublin said “I get my fair share of calls each year from both women and men who believe that I can turn the mere presence of a sexual relationship (even the shortest kind) with a senior employee into a six-figure settlement.”

Oh, And You Still Have to See Each other Everyday

Ending a relationship with a co-worker can get ugly. And it can result in inter-office issues such as a lack of productivity (because you’re too busy hating each other), an inability (see: refusal) to work together, and all-together really uncomfortable situations for your coworkers.

If neither of you quit, the situation might eventually get better, but you have a long road ahead of you before you reach that point. What if you have to attend the same meeting? Ride the elevator together? End up microwaving your Lean Cuisines at the same time in the lunchroom?

The bottom line is that it might seem like a good idea at the time, but this girl prefers to live by the old adage of “never dip your pen in the company ink.”