This is not your Parent's Productivity: Tips from Outside the Box | FreshGigs.ca 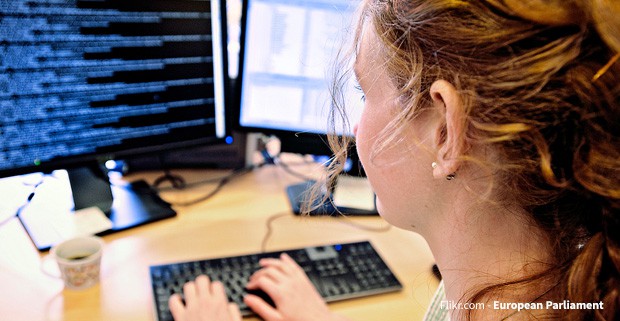 Everyone who is anyone seems to be pushing productivity. There are tips everywhere on how to increase your productivity, and it seems to be studied almost down to a formula. But if it were that easy to tap into, wouldn’t everybody be at the top of their productivity game?

But most people would rather go to the dentist than face that task when they sit down at their desk.

Productivity is a little more slippery than just prioritize, plan and make lists. Getting the most out of your brain is really up to how you work best — even if some of your tactics aren’t the norm.

Check out a few research-based ideas from 10 of the Most Controversial Productivity Tips that Actually Work from Buffer Blog’s Leo Widrich.

Give up. That’s right. We spend so much time getting motivated to tackle projects, but how many things do we do on a daily basis that we aren’t inspired to do?

“Is it accurate to assume that we must ‘overcome’ fear to jump off the high dive at the pool, or increase our confidence before we ask someone out for a date?” Widrich quotes Shoma Morita, a famous Japanese psychiatrist influenced by Zen Buddhism. “If it was, most of us would still be waiting to do these things.”

So, give up on feeling motivated and embrace the idea that you dread the task and don’t feel like doing it. And then do it anyway.

Say what? Procrastinate? According to Widrich, most productivity gurus tell you to focus on the most important tasks when you start the day. But most people would rather go to the dentist than face that task when they sit down at their desk.

So, don’t do it. Procrastinate with structure instead. Do some easier tasks on your list first, moving the big task down the list and taking its “power” away, so you don’t dread it as much.

Hooray! Now that’s some advice we can get behind! Widrich quotes Tony Schwartz’s book The Power of Full Engagement, “Manage your energy, not your time.”

Research shows that anything over a 40-hour work week decreases productivity. And that research is as true today as it was in … 1900 when it was done by the Ford Motor Company. There’s a reason why several of the top European countries have banned long work weeks.

The idea is really simple. Rather than spending hours at your desk doing nothing in particular (or worse, burnout and end up doing work you might have to do over again), you can focus, get the work done and get out there and live life. It’s better for your mental health, physical health and emotional health, as well.

“98 percent of people can’t multitask — they don’t do either task as well,” finds research by David Strayer, Director of the Applied Cognition Lab at the University of Utah. That probably is enough proof that talking on the phone, answering email and trying to write marketing copy all at once is a horrible solution to your productivity problems.