The Four-Year Career: Is the Hire-to-Retire Marketing Job going the way of the Dinosaur? | FreshGigs.ca 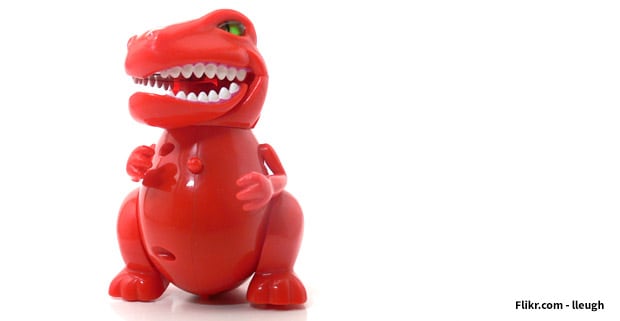 Marketing is an industry that has been known how to have a natural turnover, but this seems to be a day and age where the rate is on the increase. Blame technology that changes almost overnight, the economic times and many other factors.

“Shorter job tenure is associated with a new era of insecurity, volatility, and risk. It’s part of the same employment picture as the increase in part-time, freelance, and contract work; mass layoffs and buyouts; and ‘creative destruction’ within industries,’ says Anya Kamenetz, The Four-Year Career.

Instead of putting the time and resources into grooming long-term employees, the focus would be on attracting top talent and getting their best work before they move on.

Whatever the reason, Marcus Fischer, in the article, Supporting the new Four-Year Career, presents a startling stat: most people entering the workforce now will have an average of 10 jobs in their career.

So what does that mean for marketing careers? It can mean a lot of things, from both an employee and employer standpoint.

It might mean the marketers are competing with those outside of the traditional marketing industry for jobs. The idea behind the four-year career is not necessarily that people are changing jobs within their own field — they are often changing entire industries.

“Recruiters and managers at large companies are seeking out employees who like to move around. These are the very people who can lead companies toward new markets and ideas,” writes Kamenetz.

In PR, marketing, advertising and communication the field is evolving by the second and specialties are arising constantly. This almost gives a sky’s the limit feel for potential careers. However, according to Fischer, if the industry embraces this four-year career philosophy, it could mean a dramatically different work landscape. Instead of putting the time and resources into grooming long-term employees, the focus would be on attracting top talent and getting their best work before they move on.

“Onboarding or ‘getting up to speed’ would be a one or two month process. Peak performance would be expected in as soon as six months. Training and mentoring would happen almost immediately. Looking for your replacement would begin after three years,” Fischer relates.

Is the Four-Year Career for You?

While many marketing agencies aren’t wholeheartedly jumping on the four-year career bandwagon (and not all industries will), it doesn’t mean they won’t to some degree. It also doesn’t mean it can’t work for you. If working in several industries or trying new positions is appealing, this type of work style might be for you.

Again, LinkedIn, Facebook, Twitter and the other social media networking sites are perfect for this type of career path. They keep you updated to new jobs, the culture of organizations and those that may be open to this philosophy.

Want to dive a little deeper? Check out 5 Resource for the Four-Year Career.