Taking the Design World By Storm at Age 51! | FreshGigs.ca 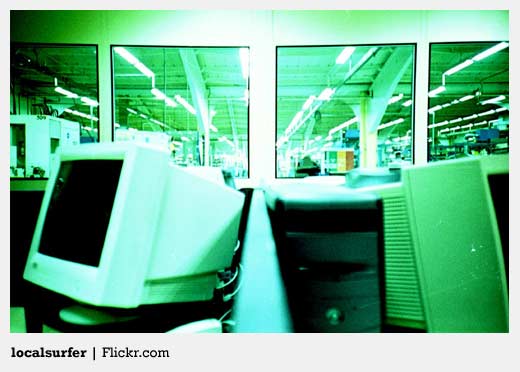 Tina contacted FreshGigs.ca wanting to share her story about getting into the design world. Here’s her story…

Two years ago I could barely turn a computer on; no, seriously, I didn’t even know what a folder was or how to use one. I had avoided computers like the plague for twenty years, determined to become a fine artist, painter of renown! Well, in the last eighteen months I’ve learned nine computer programs and I can whiz around between Photoshop, InDesign and Illustrator like know one’s business! The entire experience has been enlightening, frightening and incredibly empowering….oh yes, I should mention I’m a 51 year old divorced mother of two, confirmed Luddite and technophobe.

It was good art, but it was clear to me that physical galleries were no longer a viable way to make a living. I needed to go digital!

I had been inspired to go back to school by two events. The first, corny as it is, was seeing the movie Avatar. Looking up at that big screen I could only imagine what those artists must have felt seeing their work flying around the world so beautifully! “If I was 20 years younger” I said, “I’d do that!” Compared to 3D digital art, mine looked flat and sterile. I wanted to create these luminous and moving images too!
I wanted to go global!

The second event was sitting in a gallery a couple of summers ago, hour after hour trying to sell art. It was good art, but it was clear to me that physical galleries were no longer a viable way to make a living. I needed to go digital!

A series of synchronous events and an EI claim long forgotten, led me down the path to design school. I qualified for a mature workers retraining program, and after much research, painful delays with student loans, and a whole lot of courage, I went back to school.

When I first entered that classroom, boy, was I nervous. Tall slender twenty somethings typed speedily and efficiently on their Macs. Hip slicking cool guys with skinny jeans and trendy hair cuts came up with black and white designs that were simply beautiful, how did they do that, with a triangle and two letters..? It was beyond me, and quite overwhelming! The learning curve was steep, an understatement if ever there was one, and to say I was enjoying myself would have been a total lie. What did start to happen though was this…

Not only could I understand the older customer, but I could design an ad that would appeal to her.

As we explored marketing and design ideas, it became painfully obvious that these lovely young people had no idea about the money and markets that existed in the over 50 age group. For some strange reason they truly felt that life ended after, 35. It was very funny to me to hear this talk of “old ladies” and realize they were talking about women a mere year or two older than me! I started to see a real advantage to being my age and entering the design world. After all, the richest and biggest consumer group in history, the Baby Boomers, were my crowd, and I understood them through and through. Not only could I understand the older customer, but I could design an ad that would appeal to her. Hello all designers! Half your customers cannot read a grey nine point font! This was a source of great hilarity in class. If Tina could read it, anyone could read it.

So here we are, two weeks away from graduation, and I’ve made it through one of the most challenging accomplishments of my life. I am proud of myself for learning this new language, and love the new creative horizons that are now open to me. I’m designing a set of tarot cards in Photoshop for fun and hope to continue taking online courses in 3D animation. James Cameron will hire me yet!!

Now I need a solid source of income to help start a new life here in Victoria, but I’m armed with some solid skills and a new perspective on my experience and abilities. My maturity is an asset for anyone who hires me. I’m able to turn my phone off; all day if necessary! And can relate to co-workers and employers with ease, and I’m able to make unusual and creative designs in any number of programs. How good is that!!