The Magic of Marketing is Psychology | FreshGigs.ca 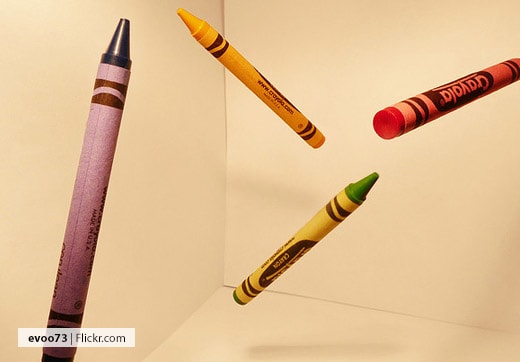 Marketing isn’t magic. Sometimes it might seem that way. But, marketing is really about understanding what makes people tick … and using it to influence them. What better place to look for insight into successful marketing than the actual study of human behavior? Here are three studies, as examined by Brett Langlois in 6 Psychology Studies with Marketing Implications, which reveal key principles in marketing psychology.

1. Reciprocity: I scratch your back, you scratch mine.

The Study: Professor Dennis Regan, Cornell University, 1971. While evaluating art as a pair, an undercover researcher would offer a soda to some study subjects and nothing to others. He would then ask the subjects to purchase a raffle ticket from him.

The Result: We are sheep. The majority of test subjects followed the will of the group.

The result: Those who received soda were more likely to buy a ticket than those that didn’t. Just as interesting? They did this even though the ticket was more costly than the soda.

The Marketing Message: No Jedi mind tricks needed. Simply give your audience something of value, and those people are more likely to do something for you. Maybe even something that’s beyond what you gave them. A free case study, consultation, re-tweet or re-post can go a long way to tap into the power of reciprocity. It is what’s being called “Freebie Marketing.”

2. Exposure: Any publicity is good publicity.

The Study: Robert Zajonc demonstrated that there’s more truth to that statement than we realize. Two groups were shown a series of symbols and afterwards were told that some of the symbols represented positive adjectives while others represented negative ones.

The Result: The subjects rated the symbols they had previously seen more positively than those they hadn’t. Interestingly, the group repeatedly exposed to certain characters reported being in a better mood than the control group.

The Marketing Message: Simply exposing people to your product or brand can make them feel more positive about it. Look to advertising, social media, blogging and other ways to get your name out in front of your audience. Check out Thomas Smith’s timeless theory on exposure frequency … written in 1885!

3. Conformity: We all just want to fit in.

The Study: In 1951, Solomon Asche had study subjects match lines on a paper. The catch? Everyone else in their group deliberately gave the wrong answer in an effort to see if the test subject would change his or her answer to conform to the group.

The Result: We are sheep. The majority of test subjects followed the will of the group.

The Marketing Message: People are social and will follow the opinions of others. The amount of followers on your social pages, commenters on your blogs and positive testimonials will get you new customers.

As far as I know, magicians aren’t real. So, use these principles to help you create marketing magic. To check out three more studies, check out the rest of Langois’ article.