From intern to full-time: do these 3 things | FreshGigs.ca 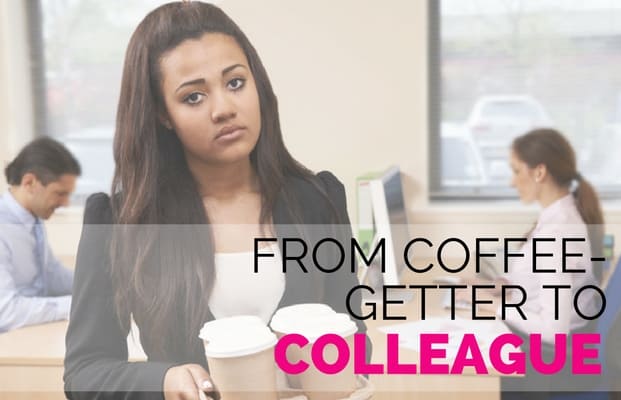 Image of female intern from Shutterstock.

Internships are an interesting sort of professional crossroad. Part indentured servitude, part atypical job interview, they can be a revealing and character-building way to get to know an industry, meet the players and generally get your hands dirty with some real experience. Writer Colin Gibson shares his story.

Internships can be frustrating dead-ends, wrought with the most trivial of labours and the most distasteful tasks. But if you take some time and strategize when you enter an internship, you may find yourself upstairs meeting with some elite managerial power who can offer you a new job on the spot.

Want to make that happen?

Stand out from the crowd

In order to snare a full-time job, you must study your prey. Make sure you choose a company of an appropriate size that you can make an impression: if you’re one of twenty interns, groups of which are cycled in and out of a company every few months, then you may find yourself just one of a (very ambitious) crowd.

Similarly, if the place is too small then there may simply never be a new job opening. Study the sector to figure out which companies have the right program for you.

Step up to the plate

During a period of transition earlier in my career I took an internship at a medium-sized, but thriving, company in the music industry. During the first day, we were familiarized with the time-consuming, repetitive tasks which were to compose our working days.

During the haze of tedium, I kept my eyes open for any other job that might come up; basically, I was watching for opportunities to do something extra to prove my skills above the dozens of other interns they had that year. And eventually, that opportunity materialized.

It was a simple job, but one that nobody in the office ever had the patience to take on. So I stepped up. In addition to taking on this previously neglected task, I was able to draw on some of my contacts and work experience to drastically improve the project.

Before long I had made more headway on this particular job than anyone else in the history of the company. This was quickly noticed, and by the end of my two-week term, I was sitting in the boss’s office fielding his questions about what I was interested in professionally, and what he could do to keep me.

In a surreal moment, and at his behest, I found myself pitching him a job that did not exist yet at the company.

Show’em what you’re made of

He was impressed enough that he asked me to create the job that I could do for him. All because I saw an opening and took the initiative, using everything else that I had learned up to that point in my career to transform a simple task into a new business idea.

It’s a great way to get noticed, and before long you might find yourself actively creating your own future.

Have you had the chance to go from coffee-getter to colleague? How did you do it? We want to hear from you! Leave a comment below.