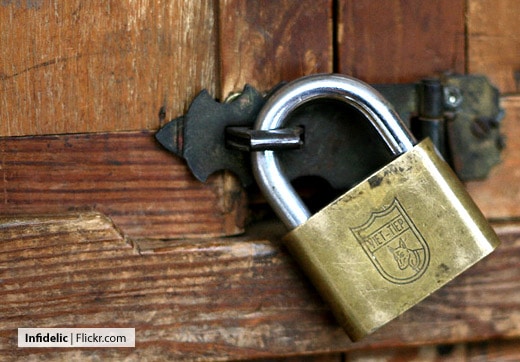 Financial security is a particularly hot topic these days. Since the recession of 2008 many people have been forced to take a good hard look at their finances. Assets that used to be considered ‘safe’ have lost a significant portion of their value. Workers have become job seekers. Pensions have shrunk. Seniors are leaving retirement for the workplace.

And so on and so on.

It’s also about being able to take advantage of opportunities and lead a rewarding life.

According to Human Resources and Skills Development Canada, “financial security is about achieving material well-being. It’s about having an adequate income to meet basic needs such as housing, food, and clothing. It’s also about being able to take advantage of opportunities and lead a rewarding life.”

There’s not much in this definition that talks about excess. Financial security, according to the government, is about acquiring the basic needs necessary to live a fulfilling life.

The amount you earn is irrelevant. Whether you make $30,000 a year or $500,000 a year, if you spend more than you earn you are not in a financially secure position.

The other problem with debt (at least mortgage debt) is it’s tied up in the estimated value of an asset.

Once upon a time I used to work at a bank. As you can imagine, I earned very little money. And yet time and time again I would see high-profile clients making 10x more than me in a precarious financial position. Whether it was divorce, bad spending habits, or too much debt, they were not (in my eyes) in an enviable position.

The revelation that I was in a more secure financial position than they were was quite shocking to me. I learned that income itself is not a major determinant of financial security.

The concept of financial security is, in essence, not about money at all. It’s about choices and freedom. When you’re overloaded with debt, you’ve given up your freedom. If you’re forced to continue to earn at your current rate, you limit your career choices. You’re unable to leave for a potentially more lucrative opportunity if there is an initial pay cut involved.

The other problem with debt (at least mortgage debt) is it’s tied up in the estimated value of an asset. The prevailing wisdom asserts that mortgage debt isn’t very risky because the underlying security (your home) is likely to appreciate in value. Yet many people, most recently from 2008 – 2010 in particular, found this wasn’t true at all.

The point isn’t about whether to acquire a mortgage or not, it’s about being aware that large levels of debt generally decrease your level of financial security.

Just because the bank will loan you money doesn’t mean you should take it.

You’re not financially secure if you don’t have 6-12 months of living expenses set aside.

Nobody expects their income to suddenly stop. The reality, however, is this is a very real risk. It could be the loss of a job, a sudden illness or health issue, or any number of unexpected events. The point is if your income stopped tomorrow, how long could you last without finding a new job?

In 2011, the average time an unemployed individual in Canada expected to remain unemployed was 21.1 consecutive weeks. This is over 5 months of the year of unemployment for Canadians actively looking for work.

This is a long time. Do you have at least 5 months of easily accessible cash saved up for this purpose? If not, start putting aside money now. Many banks have no fee, high interest savings accounts that can be accessed easily. Keep putting cash away until you have at least 6 months saved up. And don’t touch it; you never know what could happen.

This is a problem with workers in niche areas of the economy. If their employment ends, they’ll likely have to retrain – and potentially take a pay cut – before becoming hirable again. As a corollary, someone who earns less than the niche worker but has a wide variety of marketable skills would be in better shape to quickly earn income if an unexpected event happened.

For example, someone that earns $50,000 a year with a full-time job who also freelances on the side and regularly take courses would be more financially secure, in a transferable sense, than someone who makes $100,000 a year in a highly specialized position.

This is all dependent on the security of the niche position, but as we have quite bluntly realized, security is largely an illusion. We must be prepared for volatility.

Financial security is entirely within your control. The first step is acknowledging this.

You may not change careers 7 times in your lifetime – according to the Wall Street Journal this figure is a myth. But the statistics remain that job churn is quite high. You must be ready for it.

My Unofficial Definition of Financial Security

Financial security is the feeling, or state – based on skills, lifestyle, income, savings and debt, that should an unexpected event occur, your financial position can ‘roll with the punches.’

This definition of financial security is much more empowering than the standard “having $x million in the bank” being touted around. I have power and control over my financial security as long as I mind the four points above. Conversely, I don’t have much control over, or the statistical likelihood of, for that matter, earning millions of dollars that I can then place in a savings account.

Financial security is entirely within your control. The first step is acknowledging this. The second, and much more difficult step, is taking action. Taking action may not ensure financial security in any unknown future; after all, unexpected and strange things do happen. But taking no action will ensure that when the unexpected event occurs – and be sure, it will – you won’t be as financially secure as you would have hoped. And that can make all the difference.

Robert Shiller Destroys The Idea Of Investing In A Home

What is Financial Security?