Clarify what you want out of life | FreshGigs.ca 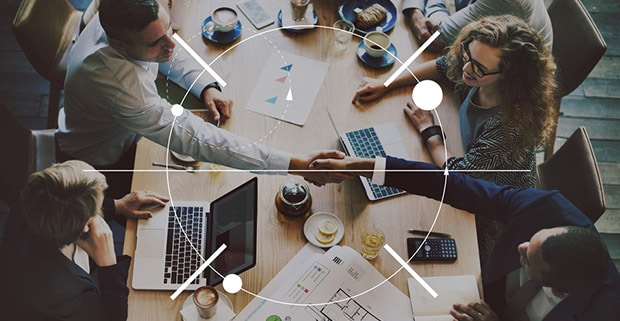 Image of people focused on their goals from Shutterstock.

Do you feel like you’re spinning your wheels but not achieving your goals? Or are you aspiring to material things – yet still feeling empty? Are you focused on all that glitters – but not your goals? A few words from entrepreneur Evan Carmichael on how getting caught up in the wrong details can lead you away from what’s truly meaningful in life.

I think people focus on the wrong things in life – or just in general.

What’s it worth to you?

Getting a Porsche is a sign that you’ve made it. So, you’re like, I’ve made it now, because I got that car. And, the fact that you have so much of your self-worth tied up into objects is ridiculous. You’re a valuable human being, whether you have that car or not.

I’ve gone from living in a basement apartment, to living with my parents, to building a 5,000 square-foot custom home from scratch, to living in a condo.

Renting, buying, doesn’t matter. Where I am doesn’t matter. It doesn’t impact my self-worth, just because somebody might look at me and say, Oh, you’re living with your parents? vs. Oh, you have this 5,000 square foot, modern, custom home?

What they think of me has no impact, nothing to do with how I think about myself, and the value that I bring. That’s an important distinction, because a lot of the things that you’re doing in life, in your business, and in life, are being done because you’re trying to impress other people. The fact that they might think highly of you now makes you feel better about yourself.

Stop caring so much about what other people think about you.

There’s a great line, I think from music impresario Quincy Jones, who said, “Not one ounce of my self worth comes from what you think about me.” (or something to that effect). And I think it’s an incredibly powerful thing. Because how amazing would it be, if you could really embrace that, and stop getting things, stop chasing dreams and goals because you’re worried about – or you’re trying to impress – somebody else?

The force of your impact

More important than how much money you make, is how you make your money.

I might be better now. I might have more practice. I might be turning up a little bit more now. I might feel like my impact – because of the skill, and work, and effort that I put in – is greater now. But, the numbers by themselves, are just a vanity symbol, and they don’t mean anything.

Now, I still want to have that goal. (It’s great to have goals.) I think that it’s a valuable yardstick. But, my self-worth isn’t tied to whether I hit 1,000,000 subscribers or not.

And, I think that’s where a lot of people go wrong; people make the wrong decisions, do the wrong things, and focus on the things that are not important. My having a million subscribers is nowhere close, nor anywhere near as important, as the impact that I feel that I’m making. Touching lives. Being there for my followers and my readers. That’s important for me.

If you don’t know what that fuel looks like, start by asking (and answering) an important question. Why? Why is this important to me?

And, at the end of the day, if it’s to impress somebody else, or because your self-worth is tied up into something else, that’s the wrong reason to do it, and you’ll never really have success doing it, because it’s always gonna be something else.

Meaningful work that you’re proud of is what you want to focus on. It’s super important to understand why you’re chasing the things you are, and get that clarity on your life. When you do, it’s sure to make a big impact and bring you a sense of direction as you set off and do something meaningful and powerful.

And that’s truly meaningful for me.

Toronto-based Evan Carmichael #Believes in entrepreneurs. At 19, he built then sold a biotech software company. At 22, he was a VC helping raise $500k to $15mil. He now runs EvanCarmichael.com, a popular website for entrepreneurs. He has set two world records, uses a stand-up desk, rides a Vespa, raises funds for Kiva, wears five-toe shoes and created Entrepreneur trading cards. He loves being married, his son, salsa dancing, DJing, League of Legends, and the Toronto Blue Jays.

Are you chasing the right things in life? What are you chasing? We’d love to hear from you! Leave your comments below.