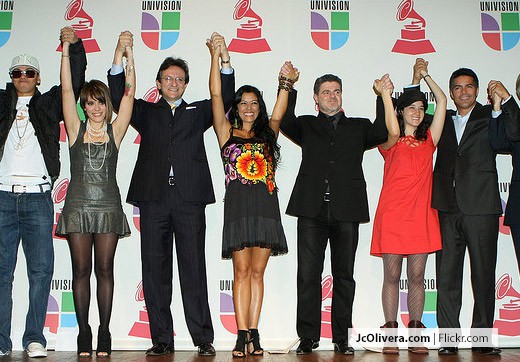 You can’t turn on the news these days without seeing a celebrity. Justin Beiber did this, some sport celebrity did that. But have you noticed it doesn’t stop there? Martha Stewart hocks lines of home goods on TV, everyone who’s anyone seems to have a line of headphones and did you just recognize Matt Damon’s voice soothingly hocking something on a TD Ameritrade commercial?

Advertising is so yesterday. Instead, public relations using celebrities, and social media, is now being used to generate buzz about products.

Celebrities have taken over marketing. And it’s changing the face of what we know about selling products, according to Al Ries, chairman of Ries & Ries, an Atlanta-based marketing strategy firm in his blog Celebrity-Obsessed Culture Has Overtaken Marketing. With so many celebrities adding their names to brands and shilling products, it’s all about PR instead of advertising. Even coverage of Cannes Lions International Festival of Creativity read more about a who’s who of celebrities in attendance rather than advertising trends worth billions of dollars.

Why are celebrities becoming commonplace in the marketing world? It’s nature, Ries claims, citing the book Brain Bugs, by Dean Buonomano. In an interesting, if not a little eye-opening, study, rhesus monkeys were two choices: receiving a lot of juice or receiving less juice but also a picture of another monkey. It turns out, they were willing to forego a lot of juice for some juice and a picture of a monkey, but only if the monkey was a dominant male … in other words, higher on the social scale.

This goes a long way to explaining why humans continue to buy Entertainment Weekly.

What Does it Mean to Marketing, PR and Advertising?

“Marketing used to be primarily about products. Today in many categories, it’s more about the celebrities that use the products,” writes Ries.

Advertising is so yesterday. Instead, public relations using celebrities, and social media, is now being used to generate buzz about products. PR comes first, and then advertising is used to maintain the excitement around a brand. How many times have you seen a celebrity selling a product, but never really diving into the product itself? Check out this commercial for Beats by Dr. Dre featuring NBA star LeBron James for a good example. It generates the buzz but doesn’t really dive into the details – subsequent advertising will likely lay out the actual features.

What Could it mean for You?

People will be willing to buy your products based on your endorsement – and might even want you to be the celebrity endorsing their services.

Can’t find a way to get Tom Hanks to endorse your small business? Not to worry, most of us can’t, but there are ways you can generate a buzz on your own. Ries suggests naming your business after the founder (most likely you) to give it an edge in the marketplace in the short term (and possibly long term). Think of how Dell, named after founder Michael Dell, drove publicity. Every time Dell the person was interviewed, Dell the company, by way of its namesake, got attention. In addition, ensure your company name matches your website (consider changing one or both if they don’t match). Your online accessibility is as important as a celebrity endorsing your services.

Or, consider this: Make yourself a celebrity. Cliff Courtney, EVP officer at Zimmerman Advertising was quoted in Should You Shell out Cash for a Celebrity Endorsement? as saying, “Make yourself famous. Cheap labor is available and easy to control. Look at someone like Jim Perdue—it’s about creating characters. This is a more effective way to go in terms of ROI.”

You can do this by making yourself an expert or a standout in your industry through your social media sites. Do it right, and Tom Hanks who? People will be willing to buy your products based on your endorsement – and might even want you to be the celebrity endorsing their services.