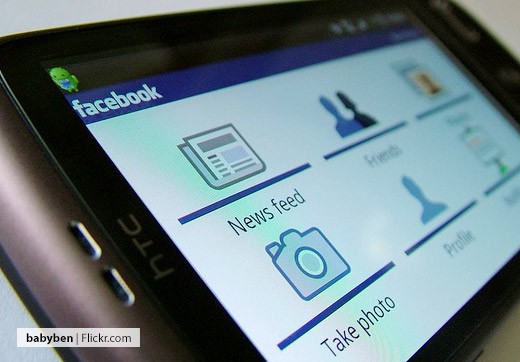 It’s official: We love Facebook. More than 19 million Canadians log on to Facebook once a month; 14 million log on every single day. The social networking site released this information in hopes of drawing you to advertise on the site, according to Facebook Releases Canadian User Statistics by Canada Press. But, the impact goes beyond just ads. The data shows some important trends to heed when it comes to social marketing.

If you aren’t using Facebook to market your services, establish your brand or establish your expertise, do it, already! Canadians use Facebook on a daily basis more than any other country, so you have a large audience at your fingertips.

We also love mobile devices – and it shows in the Facebook use trends. Of Canadian Facebook users, 13 million are accessing the site at least once a month via a mobile device. Nearly 10 million are using a mobile phone or table to check Facebook daily. Overall, mobile access to Facebook is exceeding computer use.

“Consumer behavior is just fundamentally changing these days and so whereas it used to be that somebody would jump online maybe once a day and they’d do it from their PC, people are now online multiple times a day and they’re online across a whole variety of different devices, the majority of which are mobile,” said Jordan Banks, managing director of Facebook Canada.

It is an overall trend that people are using mobile devices, including phones and tablets to access websites, read email and even make online purchases. According to Mobile Marketing Statistics 2013, “In Q1 2013 tablets exceeded traditional desktop devices for conversion rates for the first time, suggesting people are increasingly comfortable with the experience of buying on tablets.”

What does it mean to you? Enabling sites for mobile access, performing email marketing campaigns and reaching consumers on the go can benefit your business. You don’t need to be a large firm to take advantage of the mobile explosion. Check out 5 Mobile Marketing Tools to Reach Customers on the Go, which includes, surprise, surprise, Facebook!

If you aren’t using Facebook to market your services, establish your brand or establish your expertise, do it, already! Canadians use Facebook on a daily basis more than any other country, so you have a large audience at your fingertips.

“One of the things (studied) is the percentage of monthly users that come back daily. Sixty-one per cent is pretty much the global average, in the U.S. that number is somewhere around 70%, and in Canada, it’s 74%,” said Banks.

Facebook is ideal for a few types of free social marketing. Advertising is one. There are several options including Facebook Exchange, sponsored stories, classics ads and Facebook promoted posts, according to WordStream’s Megan Marrs in 7 Ways to Use Facebook for Marketing. You can also interact with your audience, post unique content, list products and services, host contests and much more on your social networking site. Don’t just think that Facebook is for personal posts and photos — It’s a marketing gold mine!