6 Things to Avoid Saying at a Job Interview | FreshGigs.ca 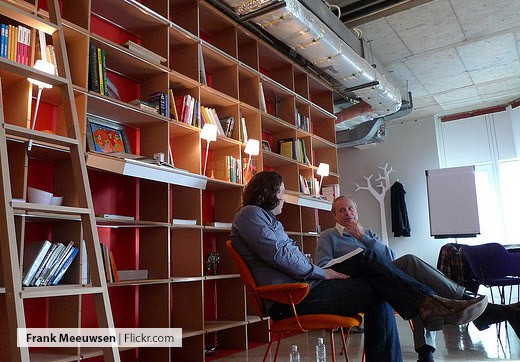 You do your research, put together a top-notch resume, a catchy cover letter and get that call for an interview. Now is your time to shine! But as important as what you do in an interview is what you don’t do. Check out some things that are interview killers, as suggested by authors Patrick O’Brien and Susan Davis in Never Say or Do in an Interview.

Never let a company know they aren’t your top interest. Why would they hire someone who really isn’t interested?

“If you get two offers, then you can have a discussion about an employer about why they believe they are a better choice than the other company. Until then, you need to project interest in a company in a job interview with them,” explains O’Brien and Davis.

Don’t use words such as, “awesome,” “cool” and so on. Just keep in professional. Don’t use filler words, such as “like.” Bottom line: sound like an adult.

Just don’t. And for that matter, don’t go to an interview hungover.

4. “I would like to work from home one day a week, work different hours than the standard, etc., etc.”

You have to earn these types of flexibilities. Asking for them in the interview makes it seem that you are might be difficult or are more interested in your needs than doing the job.

“Never compliment interviewers on their physical appearance — doing so can come off as inappropriate or just plain creepy. Paying compliments is fine, but they should be related to the professional realm. For instance, you might want to praise a recent success the company or interviewer has had,” says Charles Purdy, Monster Senior Editor.

You never want to lie in an interview, but there are graceful ways to explain that you were fired. According to Fired? How to Explain it in an Interview, you want to be honest, be brief, don’t blame anyone and don’t badmouth your previous employer. Most importantly, offer what you learned from the experience.

“Hopefully, you can use part of your description to indicate that you learned something and know how to approach situations different in the future. Be as positive as you can be and you can help turn the question of being fired to an opportunity to showcase one of your assets: you know how to learn from mistakes. Be quick to segue your reply into a discussion of what you offer as it relates to what the organization needs,” says author Miriam Salpeter.